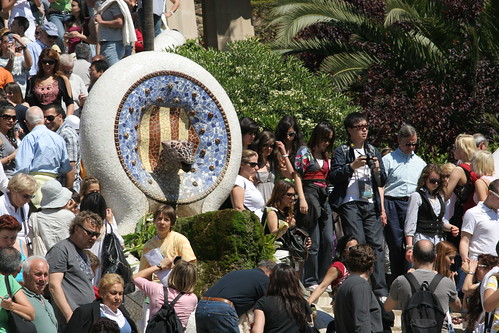 Surprised by any of those?

Our assumptions are shaped by many things: the people around us, where we get our news, the anecdotes we’ve heard, forwarded e-mails, what our parents taught us. Some people cling to these assumptions like a badge of honor, brandishing them in arguments like it would be blasphemy to expose them to factual scrutiny. There are whole TV networks and political campaigns that rely on this impermeable wall of assumption. Tell the right story and you know it will be believed by the base, real facts be damned.

Now here’s the really thorny issue to consider as you travel around the world. What would you believe about God or religion if you had grown up in a remote jungle in Peru? With the nomads of Algeria? In a devout Hindu home in a rural village in southern India? In a family that sent all the boys for a stint in the next-door Buddhist monastery in Thailand?

We are all shaped by the forces around us. The key to being a free thinker is to question why you believe what you believe—and determine if it’s real or something pushed into your brain by someone with an agenda.

"Coming to Barcelona? Bring a good money belt."- holy true! The most expensive museum ticket I have ever bought was to enter La Casa Batllo in Barcelona. Almost 20 Euro. It is absolutely outrageous.

Will people ever become embarrassed at being woefully ill-informed? http://sethgodin.typepad.com/seths_blog/2012/03/ashamed-to-not-know.html

Very true. We could all do with a little less bias.

Here's a fun one. McDonald's gives away more toys than Toys-R-Us SELLS! (And they sell more Happy Meals than Burger King or Wendy's sells all food combined.)