Are you using your freedom to travel, or are you pinned down by chains of your own making?

Have you become a creature of habit, a man of routine, a predictable woman? Do all those travel dreams of yours keep getting pushed further and further back?

What if you set a deadline for travels, like you would with a work project, and didn’t let them slide? What if that deadline were this year, or next month?

We’ve just come out of more than two years of restrained travel, health risks, lockdowns, and limited chances to see the ones we love. Much less new and exciting places. Now that everyone can travel again, people are quickly gravitating to another excuse: the messed-up airline environment. It’s so easy to just go, “Oh well, I’ll take those trips later.”

The problem is, years can turn into a decade or more when you start making excuses.

If you never saw Master of None on Netflix when it first came out, it’s one to put on the list. In the last episode of season one after the starring couple gets in a big fight about their future together, she moves to Japan. She doesn’t want to keep putting things off until she’s too stuck. In the last scene the boyfriend she’s been living with is on an airplane and we assume he’s flying there to win her back. Nope, it turns out he’s moving to Italy. It sets up an even better season two that’s full of big questions about life and love. (With a lot of funny scenes mixed in.)

The story resonates with a lot of people. I freely admit that if my wife hadn’t pushed me out of the office in my late 20s to go traveling, I probably never would have been on all the great adventures I’ve been on.  Most people can identify with the struggle between what we’re supposed to do (supposedly) and what we really want to do.

Much of the time we’re stuck in a deep rut we have dug ourselves into. We’re obsessing over stupid office politics, seething over unanswered e-mails, and getting enraged by the news on TV (even more of that lately, for good reasons). But what if most of it didn’t really matter?

What would happen to your attitude if you frequently got away for a proper vacation where you disconnected from home? Or worked from abroad instead?

The Power of Inertia Kills Your Freedom to Travel

Most people are living where they’re living now because of inertia. The path of least resistance is the easiest one to take, which for many people determines where they live, how they worship, where they work, and how they spend their spare time. Next thing they know they’ve been doing a whole lot of nothing for 10 years. Just running on a treadmill and accumulating more stuff that’s taking over the garage.

Most people reading this are free to break that cycle at any time. You can be very thankful that you have this freedom to travel almost anywhere again — billions around the world never had it — so don’t squander this amazing gift.

You could go visit any one of 100+ countries tomorrow with just a passport from the USA, Canada, Australia, New Zealand, or the EU. In most of these countries you can stay quite a while before they’ll make you leave. There are more all the time where you can stay four months or more on a tourist visa. If you can show online income or a remote job income, they’ll even offer you a “digital nomad visa.”

And here’s something to chew on from World Population Review:

US citizens can travel visa-free to 185 countries and territories (though a few require a visa on arrival). Note, however, that some of these countries do implement stiffer requirements after one has stayed a certain length of time—typically 30, 60, 90, or 180 days.

If You Wait Too Long to Travel…

So why let another year go by doing the same thing you did last year? And the year before that? String enough of those years together and you’ll be my age, but with no adventures to talk about. Your life will be defined by the cubicles you sat in, the vacations you skipped, and the sacrifices you made for what seemed like a good reason at the time. Do you want to wake up the day after your 5oth birthday and say, “I guess I’ll do all that adventuring when I retire”?

Many people who wait until they retire find out they have waited too long. They can’t walk the Camino or the Inca Trail. Some can’t even walk four blocks on the cobblestone streets of UNESCO World Heritage towns. Forget camping with a glorious view, rafting a river through a pristine jungle, or horseback riding into a canyon that would take their breath away. They don’t have enough breath left to take.

If you sit around and listen to retirees talk about their vacations, most of them don’t have a lot of activity in the mix unless you count walking through a museum or a cruise ship port. They just don’t have the ability at their age to kayak, bike, and hike like they once could.

After decades of commuting, watching TV, and not much working out, they’ve become really good at sitting. Not so good at moving. Cruise ship companies love these people. Big ships for big people who love to eat and don’t have a lot of energy for the sweaty stuff.

If that’s a future that scares you a little, start making plans now to not end up like that.

There are always good reasons to play it safe, so that’s the easy choice. Hell, we are programmed from birth to play it safe. Color in the lines, sit still, get good grades, do what the teacher says, get into a good college. Get a good job, get married… “When are you going to have a baby?”

Next thing you know, the decades keep going by and you haven’t done any of the things you really dreamed of doing. And because of that, your brain actually becomes less creative. Sedentary people who follow routines have also been shown to be less happy: when we make unfamiliar choices, our brains release dopamine, which stimulates positive emotions. We need a change of scenery now and then, figuratively and literally.

Find your age and think about how to break out of the rut.

– If you’re reading this at 22, just out of college, and can’t find the ideal job, maybe go teach English abroad. You can still pay off your student loan and you’ll be much wiser when you return. You will also be much happier and have better stories than any of your former classmates. You will have really lived instead of just settling. Or you could find a remote job that’s at least somewhat interesting and do it from a place more interesting than you are now.

– If you’re reading this at 30 or 35, how’s that whole career path thing working out? Are you feeling energized every Monday morning? Do you want to be doing this for another 20 years? Does the life of your boss’s boss look exciting? If so, rock on. If not, does it have to be this way?

– If you’re reading this in your 40s, write down all the things you wanted to do by now when you were in your 20s. How many can you cross off? If it’s not “most of them,” you need to collect more experiences instead of collecting stuff. Stop making excuses and make plans instead. 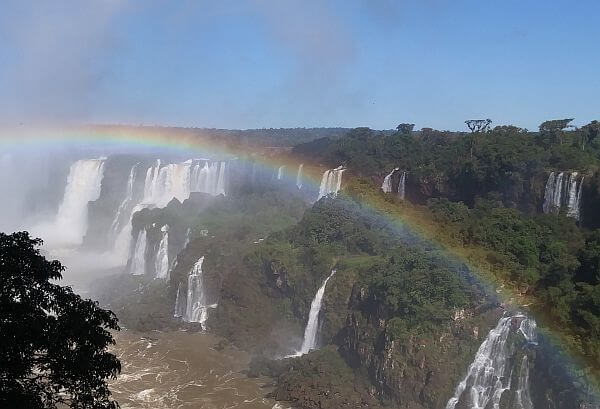 – If you’re in your 50s now, it’s probably safe to say that at least half your time on this planet is gone and your body is not going to be able to do heroic things much longer. If you are a traveler who craves adventure and activity, stop reading this and go book those biking and hiking tours now. Time is running out.

– In your 60s? The good news is you probably have more time and money than anyone else on this list. But you may also have a bigger family, more obligations, more guilt, more expectations from people around you. If you’re going to be bold, you have to go all in. If you want to travel the world or live abroad, there’s no compromise at this point. Just go. The nieces and grandkids will still be there when you come visit.

– If you’re in your 70s or higher, congratulations. You can do whatever the f&%# you please and people will just say, “Oh grandpa…” Take advantage of it and cram in every possible thing from your bucket list that has not been done. Make up for lost time!

There’s one thing you can do right now though, this weekend, to get out of your rut. Take the first step by setting up a microadventure near where you live. Break free! You don’t have to go halfway across the world for a sense of adventure and a firing of your brain’s synapses. But you do need to get out of your living room and away from the strip malls.

Take advantage of your freedom to travel. Your mind and body will both thank you. And you’ll have a whole new batch of great memories.

Yes, yes, YES! As I write this I am sitting in a little vegan cafe in Ubud, Bali where I am hanging out (in Bali, not the cafe) for almost 3 months. Oh, and I am 70 and traveling solo! I started serious solo travel when I retired 8 years ago and recommend it highly. Traveling like this is a skill that can be developed with practice. So much better than sitting on the sofa at home and watching TV¡

Good for you Ruthie. Enjoy!

Good stuff! Thank you for the reminder.