Sometimes when doing an interview about living abroad I get pressed for specifics with the question, “Why would your expenses drop in half by moving overseas?” Which expenses drop so much that you can coast by on $2,000 a month instead of $4,000? Or live a comfortable life on one social security check instead of barely scraping by with two?

The answers are all extensions of this one fact: living costs drop in half or more when you move to another country.

I see the difference every day while living as an expat in Mexico and so do the 80+ people I interviewed for the second edition of A Better Life for Half the Price. So here’s a breakdown for both expats and digital nomads.

Non-Americans won’t benefit as much from the health care savings as us Americans paying for an overpriced, dysfunctional for-profit system. But otherwise expect similar savings for anyone moving from a very developed country to one that’s not as rich. Keep in mind you have to compare apples to apples for housing though: from San Francisco to Buenos Aires or rural England to rural Portugal. You can’t always get 50% off if you’re going from a small town in Nebraska where you lived with your parents to a penthouse apartment in Bangkok, for instance.

Where Housing Costs Drop in Half (at Least)

It’s pretty tough to find something nice in a desirable neighborhood for less than $2,000 a month in a major city of the USA or Europe, especially if you need two bedrooms or more. We struggled to find anything we liked for that amount in mid-sized Tampa to be in the right school district in a central area. In NYC, Tokyo, or London, you might be looking at $4,000 a month just for rent or a mortgage payment. And it might be a studio.

Where I’ve lived in Mexico you can get a nice two-bedroom house or apartment walking distance to the center for $600 or less. I paid $800 per month one year for four bedrooms furnished, all utilities included and it would go for about the same now. We have rented our own sizable house out for that amount to long-term renters when we were out of the country for a year or more.

Here’s what some of the people I interviewed for A Better Life for Half the Price are paying:

Some of these people told me they’re at the higher end of the market, like Keith and Tina in Cuenca (you can find a 1BR there for $400 fairly easily) and Cory in Budapest ($500 to $650 there is the common range). One person I interviewed who was living in Buenos Aires was paying $1,200 a month, but she said it was a “posh, kick-ass apartment in the most expensive area of the city.”

Close your eyes and think of ten services you spend money on where labor is a high percentage of that organization’s cost.

Now, imagine what kind of impact it would have if all of the people doing those jobs had their pay cut by two-thirds or more.

It doesn’t really matter which things popped into your mind. It’s a very long list to pick from. You can imagine hospitals, taxis, hair salons, babysitters, home repair people, hotels, restaurants, and amusement parks. If a person who would be paid $50 an hour where you live now gets $15 an hour where you’re moving, that’s a massive difference in the cost structure. If the hair stylist makes $2 an hour, imagine what that does to the price of a haircut. If a surgeon makes $3,000 a day in your home town and makes $300 a day where you’re going, think about what that’s going to do to your hip surgery bill.

My handyman in Mexico gets around $6 an hour after we got rid of the guy I was paying $4 an hour–we upgraded. The maid cleans our four-bedroom house for the local equivalent of $17.50 (she’s paid above the local norm). A ten-minute taxi ride across town is $3. A carpenter made us an entire king-sized platform bed frame with built-in drawers, in cedar, for a shade over $300. In none of these cases have we bargained people down to their minimum: we’re paying normal rates or better.

The minimum wage in Ecuador is around $10 a day. So if you pay someone triple the minimum in Cuenca to build you some custom cabinets, the labor part of the cost may only be $30 per day.

Where I live in Mexico, a sit-down “meal of the day” can easily be found for $2 to $4, a tamale on the street is never more than 80 cents, and fresh-squeezed orange juice is a buck or less for 16 ounces. A pulled-pork sandwich is $1.55 and I can get four pastries at the bakery for a buck. If I spend more than $10 on seasonal fruit and vegetables at the market I need someone to help me carry it all home.

Think about your last trip to the supermarket and where all those items came from. You may have bought blueberries from Chile, peppers from Mexico, pineapples from Costa Rica, and bananas from Honduras. If you’re in the UK, maybe green beans, oranges, and bananas from somewhere in Africa or Asia. Assume the wholesale cost doubled along the way, there were shipping costs, and then the retailer doubled the price again. You’re easily paying four times what the cost was at the source.

So, when you move to the source and start shopping locally, you’ll probably find your food costs are a small fraction of what you paid at home. This may require some dietary adjustments however and buying things in season instead of all year, but that’s a healthier way to live anyway. 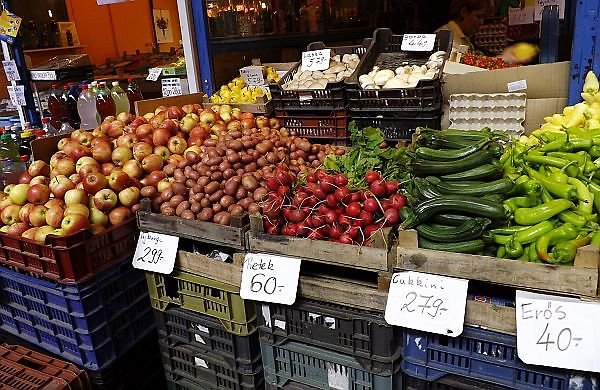 To give you an idea, when it’s the right season in Mexico, I get four or five mangoes or avocados for $1, oranges and watermelons are around 50 cents a kilo. Cilantro grows so abundantly that they throw it into your shopping bag for free as a customer service gesture.

The American Automobile Association reported that a person driving 15,000 miles a year in the USA spends an average of nearly $800 a month on all car-related expenses, or close to $1,000 a month if they own a sport utility vehicle. In much of the world, that could get you a private chauffeur at your beck and call instead, all expenses included. Or better yet, a nice vacation on a regular basis with the savings.

Most of the world is not as car-centric and spread out as the USA and Canada and there’s a better inter-city transportation system since a smaller percentage of the population relies on a car. When you need a taxi ride or an internal flight, you’ll probably find it’s cheaper than what you’re used to paying.

You may not need a vehicle at all and if you have one, you’ll probably drive it less. You’ll likely do more walking because you can get to where you need to go on foot, which also leads to fewer health problems.

Health Care in Other Countries

Healthcare is a minor line item for the residents of most civilized countries, but a huge one for those from the USA. Instead of our taxes covering a non-profit system, we pay a fortune to very rich insurance, medical device, and health provider companies. Sometimes the care is better or more advanced as a result, but more often it’s not by any independent measure. If you have a rare disease and platinum coverage through your company, the USA is a great place for treatment. If you’re a normal self-employed schmuck like me trying to support a family, it can easily cost $800 to $1,000 a month even if you’re healthy.

By contrast, if you live in Argentina it’s almost free (even if you’re a tourist who gets hurt) and in other countries it’s such a trifling amount that you just pay out of pocket in cash. “Here’s my health insurance card,” said a retiree I interviewed in Grenada, Nicaragua. He held up his Visa card. With an $8,000 credit limit, he said there was no surgery or treatment available that couldn’t be covered with his $8,000 credit limit. That probably wouldn’t cover two days in the hospital for something simple stateside.

The most I’ve paid for a doctor’s bill in Mexico was $60 and dental work has been 20% of comparable costs in the United States. No waiting, no reams of paperwork either. Simple, easy, reasonable. What a nice contrast.

When you move somewhere to become a resident, you generally move from the tourist price universe to the local price universe. And those local prices can cost a tiny fraction of what you’re used to, so your overall living costs drop in half.

After all, the per capita annual Gross Domestic Product in Australia is more than $55,000. In Nepal it’s more like $550. If you earned just half the annual per capita GDP amount in Australia—$27,500—and spent that in Nepal, you’d instantly be among the upper crust. You’d be elite, wealthy, stinking rich by local standards.

Want to keep twice as much of what you earn just by changing your address when your living costs drop in half? See more at the Cheap Living Abroad site.

How excellent this article you have shared with us. Liked and applaud this blog. Thank you.

The general rule of thumb is that the lower the currency rate, the cheaper the place.

Most tourist who travel to Asia just love it due to the lower cost. They get more from the same amount of money.

Will be back soon.

I just moved to Puebla MX and am paying $360 a month for a Townhouse fully furinshed with all services paid on a private street with 24/7 security at the gate. I found it on airbnb and now I am paying direct saving the $94 taxes and airbnb commison per month. I can walk 15 minutes to a Walmart and take an Uber back for $1.60 depending on the time of day. However I lucked out on this deal others cost more. Oh and did I mention that a 12-pack of Tecate is only 130 pesos here!

That's sounds great, I'm in the US and have been looking at the city of Queretaro to move to, how does it compare to Puebla?