Ideal for me, probably not for you…

I’ve been getting some variation on this question a few times every month in e-mails and blog post comments for more than a decade. After a while I took the hint and put out a book called A Better Life for Half the Price. Turns out a lot of people had this question, plus 1,000 more questions, so it has sold quite well. I’m finishing up a second edition that will be available this autumn. It’s about drastically lowering your expenses by moving abroad, then living better as well.

The reason I can write 100,000+ words about this subject is that such a big life decision should not be made lightly. I end up doing consulting sessions regularly because telling you where you should move to from one e-mail is like telling you who will be your perfect mate by looking at your photo. Getting anywhere close to the target requires learning a whole lot about your background, your wants, your needs, your skills, and your ability to deal with change.

I’ve got a post on this blog that’s excerpted from the book about the head, wallet, and heart factors that need to go into a moving decision. For all three of them, you need priorities in place to narrow down the options. What’s more important to you than anything? Super-low costs? Perfect (for you) weather? The ability to get by in English? Hot women who will treat you like a stud? (Or the reverse?) Good nightlife? Outdoor activities? Culture? Great food? The ability to walk everywhere?

These are just a few things that may be at the top of someone’s list—and have come up in discussions I’ve had with people deciding where to live. Then there are other factors that may get pushed to the top whether you’ve thought about them or not.

In some cases, something very fundamental about who you are as a person may naturally rise to the top of the list when looking where to move abroad. If you’re gay and don’t want to hide it, then Argentina, Mexico, Thailand, and Portugal are great affordable options. In Uganda or Nigeria, being gay could put you in jail for a decade or more.

If you are a stoner, there are a good number of cheap countries where the marijuana laws are gone, are lax, or are unenforced. In Malaysia, however, a few joints could get you executed.

If you like a regular glass of wine or to go out on the town for cocktails, Panama, Nicaragua, Hungary, and Cambodia are a dream. Morocco, Ecuador, Turkey, and Jordan are a different story. There’s plenty of good beer in some countries. Others have one brand and that’s it.

If you’re a 20-something single and you want a good dating scene, you probably want to move to a thriving city like Medellin, Buenos Aires, Bangkok, or Prague, not San Miguel de Allende or Cuenca.

If you get freaked out every time you read a murder headline or someone suspicious-looking walks on the same side of the street, you probably want to live in a gated community in the suburbs, not in the heart of a city.

If you’re honest about what you can deal with and what you can’t, those are the factors that can remove a place from your list. Some people can’t deal with creepy crawlies. Others will remove any place where they can’t drink the water straight from the tap. Some don’t want to live anywhere they have to wear a jacket…ever. 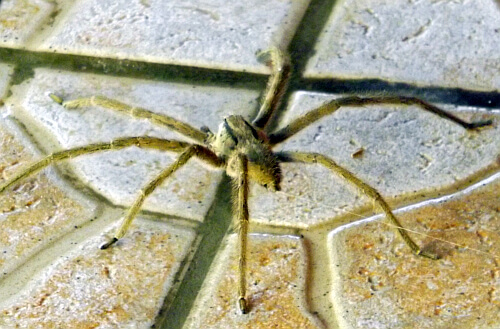 How well will you deal with finding this in your shower?

You and only you can decide what’s a deal breaker and what’s not. Don’t move to a place with four seasons if you hate the cold. Don’t move to Ho Chi Minh City if you can’t deal with year-round tropical heat. Don’t move to landlocked Bolivia or the Czech Republic if you really want to be near a beach.

As with most things in life, reaching the ultimate goal is going to require some time and effort. Some people visit a place for a weekend, pack up and move there, and it turns out fine. In far more cases, however, a hasty move without any real soul-searching and advance travel turns out to be a bad idea. Those who move on impulse alone are often the first ones to leave a year or two later.

You can’t get to know the pros and cons of a place on paper without doing a bit of research. Then you also can’t truly know if a place is right for you without spending some real time there being more than a tourist. Head and wallet factors you can research to death. But to know if you’ll really love a place, warts and all, you have to spend more than a few days visiting. You don’t marry someone after the first date and you don’t pick a place to live after a short visit—especially if you stayed in nice hotels and it was the best month of the year weather-wise.

There are enough general pros and cons of living abroad to deal with no matter what. Putting yourself on a pretend psychiatrist’s couch will negate the number of cons you have to deal with though. Being honest about your personal preferences will nip a lot of future problems in the bud. Thinking, “I’ll find a way to deal with it” is probably not a good strategy unless you really love your contrary partner or you’re talking about the need to slow down—you’ll need that adjustment almost anywhere you move to.

There’s lots to love about my adopted home in Mexico, but plenty that could drive someone crazy in a hurry as well. You can say that about pretty much any place in the world. One person’s perfect spot is another person’s “Get me out of here!” Spend some time and spend some money to figure out which is which for you before you move abroad. Unfortunately, there’s no quick answer and no button you can push that will spit out an answer.

But I’m happy to help you get there.

Thanks for another great piece Tim!

Is it possible to pre-order the second edition? My copy of the first edition has become pretty worn out so glad to hear you have an updated edition coming out.

I'll have it up for pre-order as soon as it's done and has a finished cover. Not there yet, but in another few weeks probably.

There’s no substitute for a test drive once you’ve done all of the indoor research you cam. Nothing can take its place.

Loved this post - it's a running family joke that every time Pork Belly and I travel the family asks 'Found the right place yet?' and the answer is always 'Nope!' because what works for him doesn't for me! Only place we almost agree on after years of shared adventures is Philadelphia :)

Yes, it's tougher when you're a couple, especially if you have different ideas about what's ideal. You've got to compromise here and there to make it work though or you'll never make it happen!

Well said. Being affordable is just the starting point.