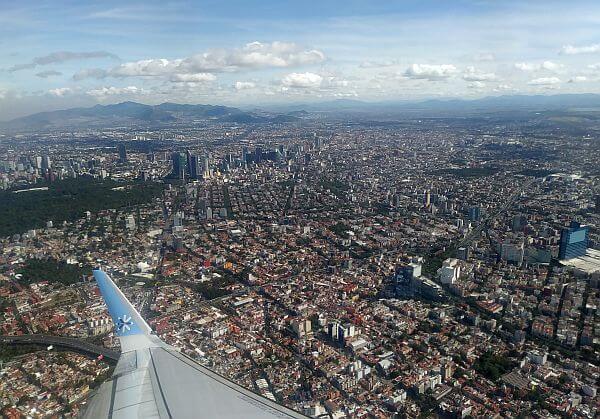 If you tell me, “I want to fly to Turks & Caicos on January 15 from my home airport,” and ask me if I can help you find a cheap flight deal, that’s an automatic no. You’re going to pay what you’re going to pay—probably a lot.

If, on the other hand, you say, “I want a cheap flight to a warm place in mid-January,” well now we’re talking. There’s a long list of cheap flights out there for you to choose from. Leave lots of variables open and your airfare can easily drop by half.

A recent WalletHub report found that the average round-trip cost to a warm destination in the USA during the winter was a shade over $344 and averaged nearly 5 hours in transit counting layovers.

So to see how we could do compared to that for international options, I pulled up a site that doesn’t mind skipping the words “value” or “frugal” and going straight to what I’m looking for: CheapoAir. I love the name and the attitude: their tag line is “Go ahead, be cheap.” They’ve got a video commercial called Look Who’s Cheap Now.

They even encourage you to call them and talk to a real human if you need help. Gasp!

The best way to get the bargains is to register and get on their e-mail list. I checked out their deals that popped up on the site though and put some of my own in to see what I could find for flight bargains to escape the winter cold. Here are a few round-trip prices in mid-January to give you an idea:

You can really find some cheapo deals if you stay stateside though, like these:
– Chicago to Orlando for $100/$113 or Spirit/Frontier (plus lots of fees)
– Minneapolis to Tampa $197 on Delta or $113 on Spirit, both direct
– Seattle to Tucson $157 direct on Alaska Air
– Boston to Austin $145 on American with one stop, $198 on JetBlue direct

CheapoAir doesn’t give you the ability to leave the destination wide open when you search, but they do show this handy grid for figuring out the least expensive days to fly on any combo.

When I pulled up NYC to Cartagena, for instance, I found that playing around with the schedule could save a lot of money. As in I could get it to go from $369 to $300 round trip not counting a lost list of fees on Spirit, or from over $600 down to $439 with no add-on fees on Avianca or Copa.

It’s not always intuitive where the best flight deal combinations are going to be. Lots of factors go into the price of a seat on a plane. Some of these factors are not clear unless you’re a number cruncher working for an airline or online travel agency. Airfare prices seem to go up or down inexplicably sometimes, but there is usually a good reason behind the scenes. Here are a few factors that can benefit you and some tips for taking advantage of them.

The principle of supply and demand is a huge factor in airfare pricing, with the added issue that airlines are monitoring this in real time and making changes constantly. This is a case where robots didn’t just take the job of a human: they’re doing that job much faster and better.

So when there’s a big convention in town or all the foreigners are flying home for a big holiday, prices will go up. When demand is down because of seasonality or just the day of the week, however, you can cash in and get a good deal.

This is where adjusting your departure and return can really pay off. Sometimes just a day will make a difference: business hubs have low prices on weekend, leisure destinations have lower prices mid-week. Or sometimes you need to shift by a week to avoid what’s causing prices to spike. Invest a little time and it’ll pay off.

The CheapoAir site gives you some insider info on seasonality. When I pulled up the Bangkok flights page, for instance, I found out that January is the busiest month, but September is the month with the lowest traffic and prices.

It’s no secret to people living in hub cities that are dominated by one airline can leave them paying more for flights. So residents of Atlanta, Chicago, and Denver often have to pay more unless they go with a budget airline and tally up the fees. Some cities have expensive flights because they don’t have many flights out. Bring in some more competition, however, like you have with three airports in NYC or two in Houston, and that has a big impact. Or if you have Miami and Ft. Lauderdale competing for passengers just an hour from each other, along with Orlando and Tampa in driving/train/Megabus distance, prices stay reasonable.

In general, the more carriers serving a route, the better your deal is going to be. This is especially true if those carriers include bare-bones Spirit, Frontier, or Allegiant. It’s hard to charge $1,000 for a flight when one gate over someone is selling the same for $400, even with checked bags and paid seat assignments. Throw Southwest in the mix with their free checked bags and now you’ve got some real choices. For this reason, Orlando has some of the cheapest flight prices in the USA, despite its popularity. So does Las Vegas. Looking abroad, prices are generally low to Mexico City, Bogota, Sofia, Rome, Paris, Kuala Lumpur, and Bangkok.

Right now the price of fuel is low, so there are a LOT of deals out there for long distances on CheapoAir. I found a flight there from Los Angeles to Beijing for just $366 on Hainan Air.

Yeah I know, you’ve never heard of Hainan Air, but give it a shot. When my girlfriend and I packed up our bags and set off with our first round-the-world tickets in hand many years ago, the thing that gave us the most jitters was the airlines we were flying on. We were scheduled on Malaysia Airlines, Thai Airways, Biman Bangladeshi, Royal Brunei Airlines, Garuda, and Air India.

It turned out, in most cases, to be a pleasant surprise on all counts. The beautiful flight attendants on Malaysian Airlines pampered us with hot towels, free-flowing drinks, a menu with choices of great meals, and free headsets for the movies. Legroom was several inches more than any US carrier I have ever been on since. A few decades later, the differences are even starker. I’ve since flown on Latam, Copa, Avianca, Turkish Air, Singapore Air, Thai Airways, Lufthansa, Royal Air Maroc, IcelandAir, GOL, and many more. ALL of them topped the experience you get on the U.S. carriers.

Taking a foreign carrier will usually provide more comfort, but it can also reduce your fare on those long-haul routes. Distance does matter because the longer the flight, the more fuel gets burned. Plus there need to be enough staffers to man a jumbo jet for 12+ hours on long routes. So in general, flying overnight across an ocean or to the bottom of the other hemisphere is going to cost you more. Keep that in mind when gasping at flight prices to Santiago or Sydney. Those destinations can present a good time to cash in some miles or wait for a sale.

New Routes Can Be a Deal

Did a new airline just announce plans to fly into your home city? You might want to go book a ticket with them. Airlines often price their tickets low on a new route to fill the planes in a hurry. The destination has often kicked in some kind of incentive too in order to get that company on board. They might even be subsidizing the flights for a while or guaranteeing a certain capacity. This is a good time to see where they fly and think about going to one of those spots.

If you’re not in a hurry to book right now, it’s best to let the flight deals come to you, especially if you have some flexibility. So sign up for e-mail lists that will put the best prices in your inbox.

Otherwise, see what’s popping up on sale. On CheapoAir you can see cheap flight deals from your own airport based on your location or by registering. Or you can click the “Under $199” tab on the home page to see what combinations are popping up, like these:

Again, leaving your variables open and taking a little time to view the options can save you more than what you earn per hour probably, so it’s time well spent.

These days, it’s also a valuable skill to get good at packing light. With the legacy airlines in a race to the bottom to compete with the bare-bones budget ones, the only safe bet airline where you can always check a bag is Southwest. Most of the cheap routes within Europe and Asia are on airlines where checked bags are extra and that’s true stateside as well–even with the likes of Delta when you see the dreaded “basic economy” pop up.

Always check the bag prices though: on Allegiant it’s often only a few bucks more to check a bag than it is for what they charge for a carry-on. On some routes even less!. You might as well make them carry it and you can pack more. Otherwise, learn to cram it all into a carry-on and go.

This post was made possible by sponsorship from CheapoAir.com. As always, all opinions are my own and I only recommend products and services that can save you money and trim your travel budget. You can see my disclosure statement here.

Avoiding flights in or out of the big hubs seems to help. If an airline dominates that airport, they have near-monopoly pricing power. Atlanta, Houston, Chicago... these can be trouble. Or small markets where there's only one big airline landing there.

Frequently, I use CheapOair to book my weekend tour packages every time. But this time I just tried to book my package with some money-saving using a CheapOair coupon collected from MyCoupons site. It worked really, and I enjoyed my trip at a slashed price. Thank you.

I just booked a flight to Central America and picking one certain day to take off and one certain day to return saved me $190 (the cheapest other combo) to $460 (the most expensive combo) compared to leaving another time that same week. Flexibility can save a small fortune.