Made your family vacation plans yet? Those are fun and exciting, but also a bit scary when you look at how much you could be spending on attractions. It may make sense to get a City Pass where you’re going to get a fat discount.

If you’re looking to do a whole lot of what’s worth doing in a city—especially if you’re traveling as a couple or a family—it can make a lot of sense to lay out one lump sum for a pass that will get you into many attractions for one price. You have to be diligent with a calculator to know for sure, but in some cases doing this can save you 50% over buying tickets individually.

There are a lot of city and museum passes out there around the world, with a lot of different names. My main beef with most of them is you have to run around like a maniac to really get your money’s worth from them. If you’re more of a slow traveler who wants to soak up what the place has to offer, these passes can add unneeded pressure and stress to your visit. And how many kids want to go to four things in one day? So pay attention to the time restriction and be honest with yourself about your travel style.

Internationally, these things go by many names but often have some form of “pass” in their name: Stockholm Pass, Paris Museum Pass, Oslo Pass, or Bangkok City Pass, for instance.

In the USA the one you’ll run across most has CityPASS as one word and is available in 14 popular cities such as New York, Chicago, Seattle, and San Francisco, plus Canada’s most populous city of Toronto.

I used the Tampa City Pass for a round of fun when I was living in that area for a few years. The Tampa Bay CityPASS deal is this: pay $109 for an adult or $99 for a child and you get admission to five quality attractions and then some.

I say “and then some” because for that last choice on the list, the ticket also includes an IMAX movie and a planetarium show at the MOSI option or a glass blowing demonstration at the Morean Glass Studio for the second.

First I made my daughter’s day by saying, “I’ve got Busch Gardens tickets!” We met another dad and his daughter there and spent a day riding almost every roller coaster (some of them twice) and most of the other rides in the park. We saw a show, ate some park food, and had a great day. 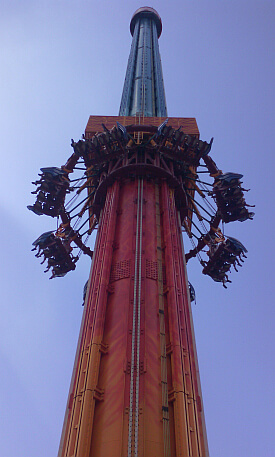 Next up was The Florida Aquarium, where we could learn about the local ecosystems, see a recreation of a coral reef off the Florida Keys, and check out what’s swimming around beyond the beaches. Here they have stingrays, sharks, sea turtles, eels, lots of colorful tropical fish, and a 300-pound grouper.

Across the bay is the Clearwater Marine Aquarium, made famous in the movie Dolphin Tale (and its sequel) and home to movie star dolphins Winter and Hope. This is more of a research center and rehabilitation center, helping with sea turtle releases, rescues, and aiding injured animals, but has plenty to see.

More land animals are on display at the ZooTampa at Lowry Park, which is no cramped and sad affair. It sits on 56 acres well removed from downtown Tampa. It has lots of greatest hits on site though, like elephants, giraffes, giant tortoises, koala bears, and  orangutans. Local touches include Florida panthers, alligators, and manatees.

I took my wife to the last one, the amazing Chihuly Collection museum. Home to a collection of awe-inspiring glass sculptures designed by Dale Chihuly, it contains several rooms presenting different looks in dramatic lighting, with swirls of color and organic shapes. Afterward we went over to the glass-blowing center a half block away to see the craftsmen in action. There they show the process of turning a glob of melted silica into works of art.

How Much of an Attraction Whirlwind?

I liked this Tampa CityPASS because it officially gives you nine days to complete all the activities. (Unofficially you can probably get away with a longer span because the date is only on the front of the booklet, not on the individual coupons.)

This is in contrast to many of them where you’re forced to bounce around like a pinball for 48 or 72 hours, cramming everything in so that you can get your money’s worth. Sometimes this is because there’s also public transportation included on the metro, Skytrain, or tram line—which you’ll probably use a lot getting from one place to the other multiple times in one day.

It’s important to be honest with yourself and really assess whether 1) You want to see so many places in a short time span in the first place and 2) If you have the energy to pull it off. If not, then the pass will cause more stress than joy. To save “up to 38%” on the Bangkok Pass, for example, you’d have to go to five things that don’t all sound too great, use the SIM card provided, and ride the SkyTrain a lot one day because you only get one day on it (but three on the metro.) That may not be worth it for a lot of travelers.

I got a Stockholm Pass when I spoke at the Travel Blog Exchange Conference in Europe a few summers ago. That pass is an excellent one because you have over 50 attractions and tours to choose from. With the U.S. dollar being so strong right now, the three-day one is only $108 but the five-day one has gone up since I visited, now $141. Children are roughly half price. I used it for ferries and a couple great canal boat rides around the city, like this:

Some, like the Paris Museum Pass will allow you to jump lines, which is a huge benefit beyond just the admission price savings.

Orlando CityPASS and Other Cities

The Orlando city pass is the latest to get added. Naturally you’ll lay out the big bucks for that one since everything in that vacation factory is going to cost you a bundle. In fact this one is a bit of an oddball in how it is set up. You just pick the parks and the number of days and put it all together in a bundle. There’s no set pass that includes a whole range of Orlando attractions.

The other cities are more straightforward. With the Chicago CityPASS for instance, you get a straight 50% off if you do everything on the list. There are two observation decks, three museums, an aquarium, and a planetarium. With all of them you get the highest-tier ticket, which means a Fast Pass or a VIP level with the most perks. See the details or purchase it here.

In Houston you’ll save 47% if you do it all, which in this case includes the popular Space Center as well as a zoo, aquarium, and museums. See what you get here.

See all the options here for the other cities that CityPASS covers.

Now I’ll be the first to admit that these passes aren’t for everyone. If you’re not the type that likes to hit all the big attractions in a city when you roll into town, you can ignore all this and just pay for what you want. They’re not going to cover everything you might want to do, like more intimate walking tours or Central Park rickshaw tours. For other people though—especially vacationing families—these CityPASS booklets can provide some budget certainty and enable some sizable discounts. Unlike some of the international ones, they let you build in some rest time between the sight-seeing.

These city passes can break you out of your comfort zone a little and nudge you into doing things you might not have done on your own. That’s good for you and your brain. Maybe out of the list of things for Seattle, you weren’t going to go on a boat cruise, or visit the Museum of Pop Culture. Maybe you thought it was not your scene to travel to the top of the Space Needle like a cheesy tourist. But a lot of times people use their pass for these experiences and then go, “Hey, that was really fun!”

You can use the CityPASS on your phone as an app, or you can get a paper booklet that you bring with you. The ticket window scans your phone or rips out your ticket until you’re done.

Because you get VIP tickets, there’s usually an extra bonus experience or two in these packages also. An IMAX movie, 3-D film, or special museum admission, for example, that would usually require an additional fee—and an additional discussion. In other words, getting two of these passes can help avoid a few arguments. How much is that worth?

In the end, you have to do a little research, do a little calculating, and assess your own sightseeing style. And compare that to how you’d probably experience the city otherwise. Some trips are very different than others, but if it’s your first time going to New York City, you were probably going to do five of the things on that CityPASS NYC list anyway. In that case, pay up front and save a few bucks. You’ll need them for your overpriced hotel…

Many posts on this blog contain affiliate links. You will never pay more than you would just pulling up the URL yourself, but if you go through a link on this blog I get a small commission for sending you there. Thanks!
Click here to cancel reply.

I have a grandson who gets board and i got to snaller grandkids so i will invest in city passes so i can get out with my new scooter which gave me my life back.savings is the key when you got guess coming innor birthdays cause that sounds so aswome. Thanks for sharing. Its great. I write latter what i went to go see and stuff i saved on. It be usefull later for someone else

I’ve been reading the blog for quite some time & it has been quite interesting to read pretty good stuff!!

Hey, the city pass seems to be an amazing stuff. Very informational blog.

Loved reading it throughout. Had no idea about the city pass. It's gonna be of a great help. Thanks for sharing.