Please don’t ask me how many countries I’ve been to. I lost count long ago and don’t care. 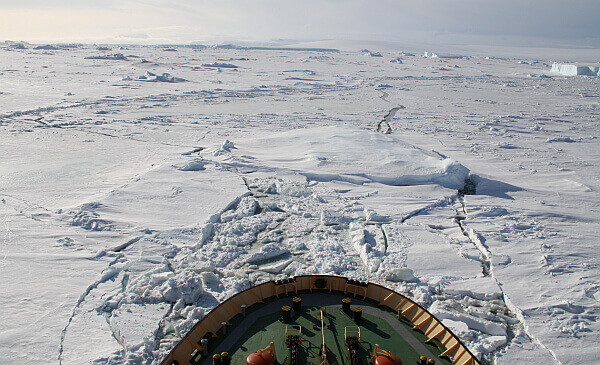 I’ve never been to Antarctica. You win.

Some people collect countries visited like that’s something to brag about. They’ll put in their social media feed that they were the youngest person to visit every country in the world, or they’re “on a quest to visit 100 countries before age 40.” They do it with a drive that’s on par with people who collect Funko toys or action figures still in the box. But when’s the last time you looked at someone’s obsessive collection of Star Wars toys on a shelf and said, “Wow, good for you! You must be very proud!”

As a travel writer, I get a lot of the same questions over and over again and I’ll gamely answer the rest of them. But this one always gets a “Who cares?” reply. Travel is not a competitive sport. It’s something to be savored like a fine meal, not treated like a hot dog eating contest.

It seems that 99% of the time the person asking this particular question is trying to see if their collection is bigger than my collection. The exercise even requires rules as to what counts in order to form an answer Do airport layovers count? Visits without an overnight stay? Less than 24 hours? A ride through on a bus? A night sleeping on a bench in a train station?

This game requires a big war chest of course, because some countries are a real pain to get to—precisely because nobody else ever goes there. Others are war zones, closed dictatorships, or places where you have to hire private boat transportation to set foot on their soil. The only visitors are those with the wealth and the drive to win at a game only they are playing.

The worst I’ve encountered are people who go on cruises a lot. The way it usually goes is one of them will tell me proudly that she’s been to 85 countries. If I nod and play along for a while it usually turns out most of those 85  (or whatever the number is) were port stops on a cruise: seeing the worst a country has to offer, then returning to a giant floating hotel to sleep. You can keep that collection, thank you.

(For the record, I’m not saying that cruise travel can’t ever be worthwhile—there are some great journeys on European rivers, in Alaska, in Norway, and other spots. Just don’t go on a Caribbean circuit and tell me you visited six countries because you went duty free shopping at ports in Barbados and Saint Martin.)

Slow Travel vs. Checking a Box

Spending a month in one place is infinitely better than dashing through four countries in four weeks. The first provides an immersion experience and in-depth impressions. The second provides a blur of check-the-box tourist sites and transportation hubs. The person with a bigger collection is the real loser (and has usually spent a lot more money).

I have been to Peru four times, Ecuador four times, Argentina twice, but Brazil and Paraguay zero times. I’ll probably head to southern Argentina or Chile before I’ll check off another country box in South America. Sure, I could have nipped across the border at some point to go to Brazil or Paraguay, but that’s a game for country counters. I wanted to see different parts of interesting countries and dive deeper, not just get another stamp in my passport. Do I really want to go to Venezuela right now? Nobody would…unless they’re trying to add to their collection.

I’ve never been to El Salvador, but I have visited many neighboring countries in depth. I haven’t made it to Cuba, but I’ve probably been to 20 states in Mexico. I’m content with my choices on both counts.

Is my life vastly different because I spent two nights in Singapore once and added that to my collection? Would I be more of a real traveler if I had bopped across a border to Poland instead of visiting northern Bohemia on my second visit to the Czech Republic? Should I put Austria on my visited list because a train conductor slammed a door in my face and I spent hours in the station on my way to another country?

Because of writing assignments and conferences where I was speaking, last year I went to Kyrgyzstan, Ireland, and four Balkan countries for the first time. This year I haven’t gone anywhere new and that’s okay.

I’d imagine the number of countries I’ve visited probably tracks my age. If I live to 90, maybe I’ll hit 90. But if I don’t, that certainly won’t be a deathbed regret.

Travel is not a competitive sport and you don’t have to keep score. Forget the country counting and enjoy.

Why Travel Around the World? 5 Reasons to Spend a Year or More on the Road

Throughout history, borders and names have changed. If we go back even farther, some of those places were still submerged in water. The point is, borders are created by mankind. A hundred different people could go to the same region of the world and have completely different experiences. What really matters is what you did, what you experienced, and how you felt during your journey. Those are the adventures to reflect on with a smile.

I don't even consider countries as a criterion to define travel. If today I happen to go out of my house and on my way to be lucky to witness a milestone of a baby pigeon going down from the nest forcibly pushed by its parents. And I saw it trying to fly for the first time in its life - that's a travel of life - that's what I would call an experience of a lifetime. If I go to a neighbor who has a prodigy child with cancer and I witness that child die with no fear and no regret and pure happiness, bringing tears to me by his fearless smile - that's an experience -I call it a travel of life. I travel every single day of my life by living my life to the fullest and appreciating the environment I'm in. Some people travel through country names. I travel through life, regardless of what country it happens in. Moreover, country borders and city titles are rather abstract. Those names are what people imagine in their head any way. When I'm looking down on earth from the plane window I don't see any countries or borders. I realized that countries and borders don't exist - they only exist inside peoples’ heads. The true borders that I see on earth are the rivers and the lakes, the mountain ridges and continental beaches - those are the real marks on this beautiful earth. Therefore, any day spend on the surface of this amazing planet counts as travel, regardless of what country you are in. Even if I stay in the same country my whole life, as long as I travel on top of this earth every day - I'm a 100% traveler 365 days a year.

When traveling, I prefer to settle into a comfortable apartment and blend with the locals for weeks or months at a time. For me, learning basic communication in the local language, shopping, dining and lounging the way locals do helps broaden ones understanding of the worlds diversity. Never xxA hotel for me unless I just want to test the water for a few days. Cruise ships have the same appeal to me as being trapped in a Vegas hotel for a week. Some people may like looking at their watch every 15 minutes to make sure they don’t miss their ship that is docked while they visit a couple touristy spots with like minded tourists. But if you are spending only 8 hours in Rome, or Tallinn or St. Petersburg, you may as well just watch a Rick Steves video.

Thanks for the feedback. This has some notable exceptions though: "When I’m looking down on earth from the plane window I don’t see any countries or borders." Depends on where you fly. It's quite obvious where there's a wall, or Haiti/Dominican Republic, North/South Korea, Israel/Palestine, or ones where a major river is the border.

Tim makes some excellent points with his philosophy. Travelling to glean cultural insight is one of the most rewarding travel objectives, and those that do port calls from cruises, or visit drive-bys are selling their destinations way short. That is one extreme. But there is also another extreme...and that is the version that Tim advocates: insisting that country visits must be so in-depth and so lengthy as to almost require permanent residence to acquire. Most people lack the resources of finance and freedom to accomplish this version, so it is unrealistic for most. So, is there a happy medium? A goal to honestly commit to accruing cultural experiences while aiming to diversify and amplify them as much as one can? If I have to visit a country 6 times for it to count as an experience, my experiences would be very limited indeed, and that's probably true for most.

Let's move towards less travel shaming which these days takes on all kinds of self-righteous-sounding criticism...

I never said you have to live somewhere to appreciate it. Just don't zoom through like a manic list-checker.

I prefer a balance of both, I want to see a lot of a country rather than just land in the capital and tick it of my list but at the same time I do have a big list of countries that I want to see and some I could happily spend less time exploring than others for my own personal preferences.

If somebody wants to do 100 countries and that's a personal goal I say good luck to them and why is this a bad thing? They have left their comfort zone, probably saved a lot of money to do so and challenged themselves so why be so negative towards that? They probably ask how many countries you have been to because you share a common interest and are just making conversation.

If we should keep our personal goals, preferences and opinions to ourselves then why did you feel the need to write this blog ?

Maybe start drinking wine or something sounds like you need a rest ; )

It has rarely been the case that someone has asked me this where they weren't trying to compare their stats to everyone else's. People who have only been to 3 countries never ask. It's the ones that look at travel as a contest and they want to make sure they are winning.

I honestly think travel and how it "should" be is entirely down to the person doing it. You talk about rules and then shrug off people who do little and often as not real travellers.

The world is there to be viewed however someone can within their means and their desires.