Wine by the liter in Bulgaria for 1.5 euros or less

Some wine lovers are willing to spend thousands of dollars to support their passion and they’ll seek out the finest bottles from the best vintages. They’ll tour the top spots in France and Italy, carefully packing the best of the best to store in their cellar at home.

Then there are the rest of us. Sure, we like drinking a glass of nice wine when we can, but we’re not going to lay out $25 for one serving in a restaurant, no matter how good it is. Show us a menu with $2 glasses or $8 bottles though and we’re all over it.

Fortunately, in some parts of the world that’s not a typo. Neither is it a stretch when I say you can buy a decent bottle off the wine store shelf for three or four dollars. There are a few spots like this around the globe, in South America or Asia, but the real jackpot is where it all started—in Europe.

Here are the cheapest wine destinations in Europe, places where you can drink good fruit of the vine for bargain prices.

Hungary has such an interesting history with wine that I actually wrote a magazine article about it and published a story on a tour company’s blog.  The condensed version is that this was one of the world’s most heralded wine regions up through the 19th century, especially for sparkling wine and dessert wine. There’s even a “Wine Song Festival” each year in Pecs, with songs passed down for generations being performed. But eventually—in a turn for the worst that shows up repeatedly on this list—communism ruined everything. Russians aren’t known as discerning drinkers anyway and collectivism killed whatever taste they had. Hungary has been clawing back ever since the Iron Curtain fell. 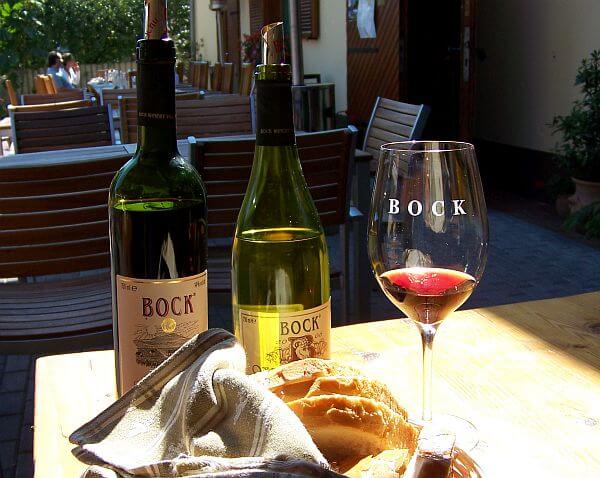 There’s a lot of great, under-priced wine from this country that is mostly sold domestically. Since Hungarians aren’t exactly rich, you can order something good from a wine bar for less than €4 and pick up a bottle in the store for not much more. Don’t be afraid to ask for recommendations because Hungarian is a tough language and many of the varietals have home-grown names. Start with the expats living in Hungary for help.

Half of what was once Czechoslovakia shares a border with Hungary, close to the Tokaj region known for its dessert wine with overtones of prunes. There’s a variety of good wineries in this area, however, with prices that are a downright steal. Numbeo says the average cost of a bottle of wine in Slovakia is €4 and that’s in line with what I saw when I traveled around the country. You can frequently get a glass of house wine for just a shade more than a beer, around €2.

When I biked around the Moravia region of the Czech Republic, where much of their wine comes from, I was amazed at how prevalent wine-making is with nearly everyone living there. It seemed like everyone had their own wine cellar—if not connected to their house then at a place dedicated to fermentation and storage. It was harvest time while I was there and it seemed the whole population of every village was crushing grapes and filling fermentation tanks, which leads to some of the cheapest wine prices you’ll find on the continent. Here’s a story I wrote about it for Imbibe.

If you can visit Valtice, there’s a tasting museum where you can try some of the 100 best wines of the year, judged by a tasting panel. That’s right, there’s so much wine bottled in the Czech Republic that 100 of the best brands is just scratching the surface. As with most places on this list, little of it gets exported, which means there are almost as many people making wine as there are drinking it. You don’t need to be an economics wiz to know that results in low prices. Locals are practically giving the stuff away and a bottle will cost you a few bucks in a store. 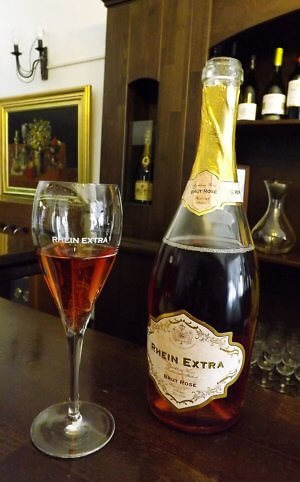 Romania is not well-known as a wine producer and I doubt anyone has winery visits on their list when they book their trip to the country. As another Iron Curtain country, they had a decades-long setback to the industry that takes as many decades to overcome. I visited the Rhein Cellars winery in Azuga while I was there though and tasted some terrific rosé and sparkling wine. Rhein makes sparkling wine with the labor intensive Champagne method. Since labor is pretty cheap here though, a really good bottle from that process will set you back $15 or so.

This is a country where you can still get a beer in a bar for a euro and a glass of wine for €1.50 if you’re not in a tourist haunt. You can easily find a decent bottle in a store for three or four euros. And the scenery will be good: see Perception Busting Through Photos in Romania.

This was another country where I got surprised by how prevalent the wine culture was. Nearly every house in the small towns and villages has a grape trellis in front of it and a family without their own stash of wine is a family living abroad somewhere. It’s a given that there will be a jug of wine on the table at dinner and it’s going to get refilled if it gets anywhere close to empty. The reds go well with the hearty farm-to-table cooked food or order a €1.50 white to go with your shopska salad.

Bulgaria is one of the cheapest places to live in the world and just might have the best real estate deals in Europe. So if you’ve got a fantasy of growing your own grapes by a house in the countryside, you can indulge that wish here for less than you’d spend on a used car at home. You might not want to bother growing your own vegetables though: what’s in season is typically four pounds for a dollar at the market… 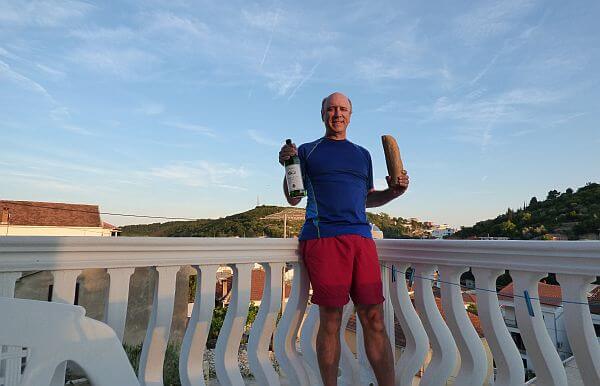 I’m sure “wine” is not the first thing that comes to mind when you think of Bosnia or Montenegro, but the neighboring nations of the former Yugoslavia actually have a good climate for grapes. I’m throwing these two countries together because there’s a lot of cross-commerce between the two when it comes to wine. In both countries I found wines from each of them side-by-side in the supermarket.

Those prices in those supermarkets were crazy cheap too, let me tell you. This shot above is me holding up a bottle of wine and half a loaf of bread (I had already eaten the other half). The wine and bread together were €2. I spent €1 on some cheese and was all set. In both countries I found glasses of wine on menus from €1.50 to €4 and whole bottles in a white tablecloth restaurant for under €10. Most are serviceable cheap wine blends that won’t blow any oenophile away, especially coming from the state-owned “Europe’s largest winery” next to an airport runway. If you get into towns like Rijeka Crnojevica , however, you can taste wine made in smaller batches with more care and do some hiking while you’re at it.

Albania has a similar story to other ex-communist nations. A proud wine tradition, ruination by collective farming focused on output, then a revival after the dictatorship collapsed in 1990. This is actually the oldest wine-producing area on the planet after Greece, where it all started.

What the soviet-style leadership was good for was building factories, so there is plenty of capacity left here to grow production. It is small now, but Wikipedia shows more wine produced from fewer hectares now than in 1990 and you can bet the quality is much better too. I was only able to taste two whites and two reds while I was there, from different producers. None knocked my socks off, but considering I paid $1.50 to $3 a glass every time, the value proposition was certainly great. I was nearing the end of my trip and traveling alone, so I didn’t buy any bottles there, but when I perused the shelves, most were between $3 and $7.

Portugal could arguably be on this list since prices there are only slightly higher than the others outlined here, especially outside of the big cities. Plus they do a much bigger export business than the others to the east, so there’s some quality validation on the world market to lean on as well. Spending four euros will get you a pretty good bottle of red or white and if you spend more than 10, you’re splurging.

Why isn’t Croatia on this list? The country has some of the most heralded wine outside of France and Italy, but unfortunately the country is no bargain—as a traveler or a drinker. Go because it’s great, not because it’s cheap.

Where else have you found great wine bargains in Europe?

I know the Georgians think they're Europeans, but they're further east than the huge Asian part of Turkey, You have to fly several hours from Europe proper to get there.

You sayed nothing about Moldova, you can get from locals cheap good quality home wine for 0.80€ per liter

Good to know - thanks!

I appreciate knowing where to find a cheap wine destination in Europe.

Do not Forget about Slovenia !! Best wines and Food in the sout Region. Not the cheapest, but one of the best and afordable. !!

I might make it there next summer, so I'll write about it then. Sounds good.

Thanks Mr. Leffel for this useful information. But I would also appreciate any information about accommodation and life generally in those countries mentioned above. Once again, thanks.

Here are the answers to most questions you could have Henry: https://www.cheaplivingabroad.com