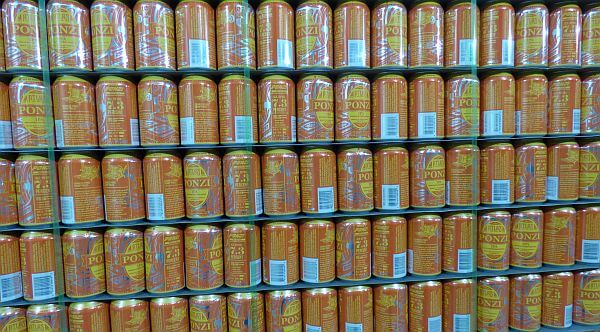 If you live or travel in the USA, you’ll notice there’s a lot of really great beer in cans now. A lot of those cans have  great artwork too.

For most of beer’s history, this was not true. You bought good beer in bottles. Crap beer came in cans. I can’t remember seeing any microbrews in cans until Dale’s Pale Ale from Oskar Blues started creeping into stores.

In recent years, however, small production units and mobile canning machines have changed everything. Craft brewers can now put out limited runs instead of having to manufacture 100,000 of them in large batches. With a larger surface to work with than a bottle label gives them, they can also get more creative with the artwork, wrapping it around the whole thing.

So it’s not just getting easier to fill your cooler with craft beer that’s a lot lighter to carry than before. You’ll also likely have something more interesting to look at while you’re drinking it. Also, aluminum cans don’t let in light, so your beer won’t spoil as easily as it does in bottles (especially clear bottles).  Last, you’re doing some good for the environment: cans don’t require as much energy to ship and they’re a lot easier to recycle than glass.

Here are a few dispatches from some recent diligent research.

The physical middle of the conservative south may not come to mind when you picture creativity and craft beer, but Huntsville is Rocket City USA, full of true rocket scientists and space explorers. Yeah, secret weapons too, which means there are a lot of smart, well-educated people in town. Some of them know a lot about chemistry, which naturally translates to tinkering with beer.  The city even has a craft beer trail you can experience.

Two of the best breweries are right in the same complex, a former middle school turned nightlife center called Campus 805. On one side, brewing beer in the former gymnasium, is Straight to Ale. They’ve got the whole package down, from the logo to their posters to the great artwork. I loved everything about the Monkeynaut IPA – a great  example of bringing in local references.

Old Black Bear gives homage to the city too in their marketing and has lots of nature references in their names and artwork. I was digging the Speckled Trout American Wheat while I was there.

On the other side of the Campus 805 school field is Yellowhammer Brewing, making a lot of Belgian style beers that are, unfortunately for this article, only in bottles. Exciting stuff though.  See more breweries at the Visit Huntsville website.

With three major universities in the “Research Triangle” area of North Carolina, you’re pretty set on the beer consumption side. You’ve also once again also got lots of smart and educated people trying to make better and better beer. I tried more of them than I can ably remember while in the area recently and found some more cool cans.

The oldest craft brewery, around since 1995, is Carolina Brewing Company. I got to do a whole beer pairing dinner at their tap room in downtown Chapel Hill and it was scrumptious all around. I especially liked the Winter Porter we had with our gooey chocolate dessert and the brown ale was good too. What you’ll see the most of in cans is the easy-drinking Sky Blue Golden Ale, followed by their flagship IPA which is called…Flagship IPA.

I was in Chapel Hill and Carrboro for a travel writers conference and at one event we got to try beers from several different local brewers doing interesting things. I especially liked this Beatrix farmhouse saison from Mystery Brewing.

I only had one night in Durham after getting out at the Amtrak station, but I managed to make it to the inventive Fullsteam Brewery and had a sweet potato lager called The Carver. (Get it?) They also have a seasonal porter called Coffee is for Closers. You can fill your cooler with some of their cans, including Paycheck Pilsner.

I’ve got to say Raleigh breweries win the titles for the best can designs though. You’ve got to love this design from Trophy Brewing. The one at the top is from Lonerider Brewing. 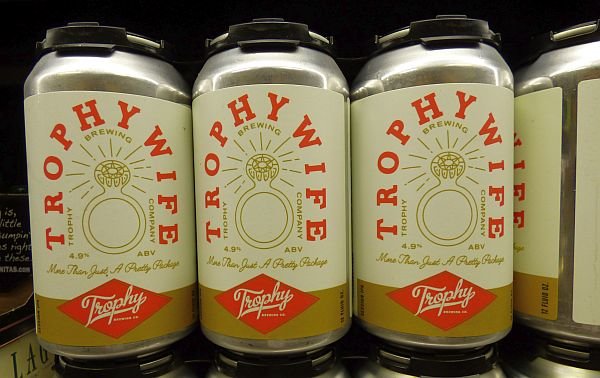 I was in D.C. as invited media for a gigantic travel conference and got to spend half a day exploring local distilleries and breweries with City Brew Tours. It’s probably not a good idea to mix liquor and beer, doubly dubious if you’re doing it before lunch, but we all managed to power through.

The only stop on our tour that puts beer out in cans though is Atlas Beer Works. We had to make a quick dash through their brewery and had limited tasting time with their District Commons (kind of bland) and Ponzi APA (better), so I picked up their Rowdy “hop-forward rye beer” later in a supermarket. That was more memorable. 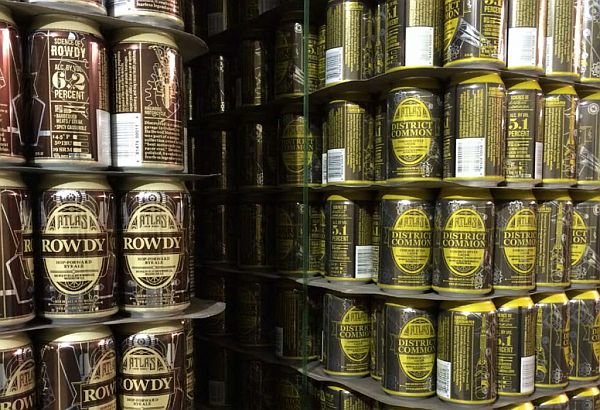 According to the Wall Street Journal, in 2013 cans made up 5% of craft beer sales. Now it’s around 25% and growing fast. So if you can’t bring glass to the pool or you’re brining a cooler out on a boat, you can still drink good stuff.

I was going to squeeze the city that’s gone from nowhere to tops in the south in the space of a few years—Tampa, Florida—but we’re so spoiled for choice in that city that I’m going to save it for a new post, after I squeeze in a visit to Jacksonville to check out their Ale Trail. Stay tuned.

Disclosure: some of these beers were given to me, some were bought, and some were of unknown origin that’s gotten lost in hazy memories.

Would love to collect those cool cans!

OK, I HAVE to chime in. Western NY is home to about, oh, 300+ breweries at this moment and growing, as is most of the USA, I reckon.

Fancy labels and novel descriptions can't hide the fact that in my humble opinion, 80% of the product marketed as 'craft beer' would be more accurately described as 'crap beer.'

The formula of 100 lbs. of cascade (or submit your esoteric over-powered variant thereof) hops, a pinch of barley malt and 10 gallons of water yield an insufferable miasma from the most part, amateur brewers.

There are notable exceptions. Yet the fact remains, the overwhelming majority of craft product simply sucks.

Rae, I think you must be picking really bad breweries or your tastes are very conservative. Every weekend I taste something fantastic at a brewpub that blows me away. I've been drinking beer for 40 years and we've never had it this good anywhere in the world.

Maybe in New York it does. ;>) Not finding that in the places I'm visiting (and living at the moment). There's too much competition now for the amateurs to survive for very long.

You really should check out Austin, TX. It's a craft beer mecca with new breweries popping up all the time.

Yeah, it looks like you passed the 40 breweries/brewpubs mark last year for the metro area and more taprooms are keeping regular hours. Looking forward to checking it out eventually. We're somewhere around 65 at this point in Tampa Bay, but with a bigger population and more tourists passing through.