Home  »  Cheap Asia Travel • Destination reports • International living/working • Travel • Travel industry   »   Which Are the Most Polluted Cities in the World? 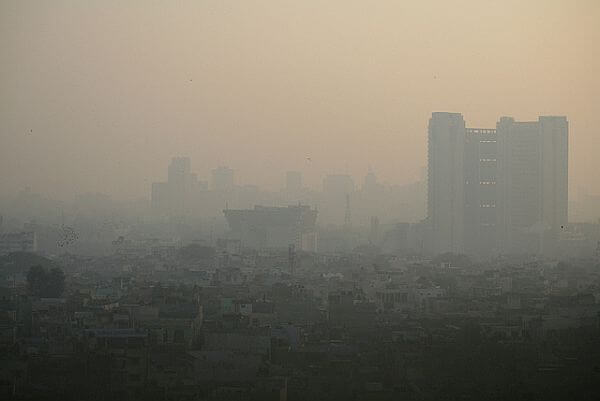 If you have respiratory problems or don’t want to foul your lungs too much when you travel, you may want to avoid India, the Middle East, and China.

This will probably not surprise anyone who has been to the countries listed below, but the air in these cities is really unhealthy. The list is getting more diverse than it was 10 years ago, however. China has made some effort in cleaning up the dirtiest factories there, while other countries—especially oil producing ones—have gotten worse.

You’ll find two lists below compiled from the World Health Organization database. The first is for particles more than 10 microns, the second for particles more than 2.5 microns. Those are simply measures of the size of the crap you’re breathing in, generally coming from different sources—dust and soot vs. car exhaust, for instance. These aren’t the only ways of measuring pollution of course, so in other studies you may see different cities show up. In every one I’ve looked at though, China and India have the greatest concentration, though in all fairness they do have highly populated cities as well, densely packed.

This first list goes to 31, an odd number, because I wanted to show something notable: no African city appears until #31 except for Cairo in the north.

When I first visited India in the mid-1990s, the government announced a grand plan to close dirty factories around Agra and Jaipur to slow deterioration of the famous palaces and Taj Mahal. So much for that. Two decades later, those two cities are some of the most polluted in the world.

Here’s the second list, which is a sorting of the most polluted on the “larger than 2.5 microns” scale:

I went down to 33 on that list to show that Jaipur again makes the list. I’m not trying to pick on India, even though they do deserve the most scorn on their lack of environmental efforts. But I wanted to highlight the areas where tourists are likely to visit. This list is probably not much of a worry if you’re avoiding Iran, Pakistan, and Saudi Arabia anyway. If you’re planning a grand tour of India though that hits the most common triangle—Delhi, Jaipur, and Agra—you might want to bring some kind of mask if you have respiratory issues.

You can see more of the data at the WHO site if you want to keep scrolling down the list. It’s clear when you do that China and India have some serious pollution problems. Before you get to the first city in Europe, in Bosnia, you have to go through 100+ cities from just those two countries. For comparison, on that 2.5 list polluted Kathmandu doesn’t show up until 260 and Lima, Peru doesn’t appear until 280.

If you want to dive into the data, you can get it in Excel form here and sort to your lung’s content: World Health Organization database.

How to Avoid the Biggest Hassle in India: Scammers