It’s time for the April issue of Perceptive Travel, home to some of the best online travel stories from book authors wandering the world.

But don’t take our word for it: after being named “Best Online Travel Magazine” by the North American Travel Journalists Association in February and winning a slew of Solas Awards, we’ve got more good news to share. The following contributors all appear in the recently released 10th edition Best Travel Writing book from Travelers’ Tales: Stephanie Elizondo Griest, James Michael Dorsey, Jeff Greenwald, and Michael Shapiro. Apparently I hire good people all around, because my Practical Travel Gear blogger Jill Robinson also appears, with the first story in the book.

Speaking of fame, we’ve got a well-known explorer and TV host joining us this month: the legendary Richard Bangs. When a guy’s bio has little asides like he was one of the first to raft a specific river and he founded the Sobek part of Mountain Travel Sobek pre-merger, you tend to think he’s worth listening to. Check out his unique story on touring South Africa, Namibia, and Angola via small planes built for getting accurate wildlife counts: Can Tiny Planes Save the African Beasts? 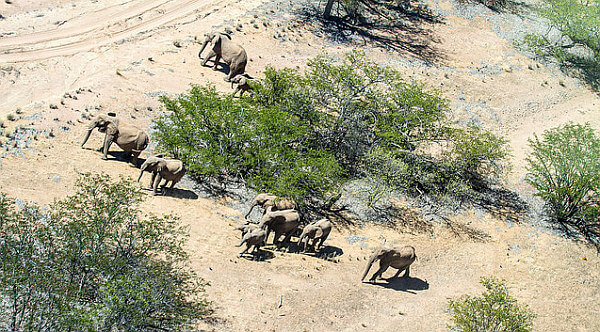 Richard has written a lot of books, but maybe not as many as Chris Epting, who returns this month to uncover places where famous things happened in NYC. Every day people walk past spots that changed history—or at least gave us Baked Alaska. See Unmarked History in New York City.

Luke Maguire Armstrong is back, with a rewind. If bad trips make for the best stories for travel writers, Luke started off right when his trip to Bolivia with his girlfriend got no farther than the Chilean border. The time in Atacama started wheels in motion though that changed his life’s path. See The Trip to Bolivia that I Never Took and Never Came Back From.

Every issue we run down some new travel books worth checking out or avoiding, and thankfully Susan Griffith found my latest to be in the former camp. Along with Walking the Nile and a book on “Place-hacking” underground urban tunnels and entrances.

Laurence Mitchell scopes out some global music: Americana, Balkan clarinets, Brazilian vibes, and African pop from the 50s and 60s.

Each month we give away something cool to our newsletter subscribers and eagle-eyed Facebook followers. Last month reader Susan from Florida won a package of four great travel items from Sea to Summit.

This time we’re giving away something every traveler could use: better underwear. Put “underwear” and “travel” together and there’s one name that comes to mind first: ExOfficio. One man and one woman will win a two-pack each. You are on our newsletter list, right? If not get on it here.