I’m currently at Mexico’s annual tourism conference and they’re a happy bunch these days. They’re back in the top-10 worldwide for the number of visitors after receiving 29.1 million in 2014. This is an increase of 20% from 2013 and more than 24% from 2012. This set a new record, one that had stood since 2008. That was before swine flu, cartel violence, and the global financial crisis knocked them down for a while.

So it has basically taken six years for a full recovery to happen. There have been a lot of factors at work in this turnaround, but one seems to be that people are getting better at reading a map. People who aren’t too ignorant are realizing you can’t write off a whole country because of problems in specific spots.

The U.S. State Department warning for Mexico has gotten more detailed and sensible each year too, telling people which hotspots to avoid but saying “nothing to report” for areas where there’ nothing to worry about. Most areas tourists would visit fall into that camp. You’re safer in Quintana Roo, Baja Sur, and Nayarit than you probably are in your own home state, even if you’re Canadian. If you compare stats between capitals, Mexico City (which received about a million visitors last year) has half the crime of Washington, D.C.

With that ability to read a map and sift through the news, however, comes extra punishment for the places that have had a lot of violence. Ten years ago Acapulco received 13% of all foreign visitors. Now it’s 3%. Ouch. (I’m staying on one of its beaches right now though, pictured above. Very nice.) Michoacan has dropped from “not many foreign tourists” to almost none, while anyone crossing the border by car now tends to floor it for a few hours instead of stopping for a nice weekend break in, say, Ciudad Juarez.

Overall though, Mexican tourism is going gangbusters. Tourists spent $16 billion in the country last year. Since 2011, Los Cabos International airport has added 800,000 new seats to its route map. It is adding new flights now from D.C., New York, Orange County, and Houston via Southwest. When I first started going to Guanajuato there were just a few flights a day going in and out of the Leon airport. Now there are six airlines with gates there and the departure board is full most of the day. Riviera Nayarit (north of Puerto Vallarta proper) saw a 15 percent increase in international travelers in 2014. This included 532,448 U.S. visitors, 11.5 percent more than in 2013. U.S. visitors were 22 percent of the total and Canadians were 19 percent.

So if your relatives, like mine, keep asking “Is it safe?” tell them almost 30 million people seem to think so. Then say adios and come on down. 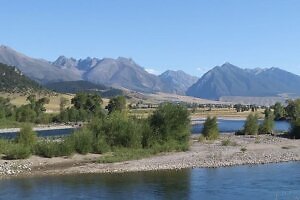 What You Were Reading in a Lousy Year for Travel