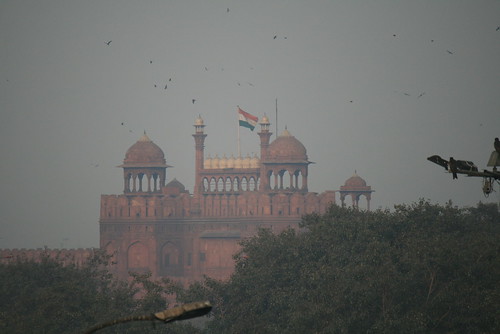 There are some places in this hemisphere that have some bad air, like Los Angeles, Mexico City, and Lima. But they’ve got nothing on the smoking guns of Asia, which make these places look like a blue-sky island.

But where is the worst place to take in a lungful really? That’s not an easy question because it depends on how  you measure it. This recent study says India is the most polluted country, even in rural areas. Part of that is due to the increasing number of their blue-smoke-belching vehicles on the road and almost no restrictions in place. The attitude from this guy quoted in the piece says volumes.

“D. Saha, a scientist in the ‘Air Lab’ at India’s Central Pollution Control Board said the study’s findings were not a matter of huge concern. ‘It is a non-issue, we have other pressing problems like poverty, focus on them.'”

Delhi is only the 3rd-most-polluted city in the country says this article. Delhi was beat out by two places I’ve thankfully never been to and will be sure to avoid: Ludhiana and Kanpur.

But what about China? Time magazine says Linfen, China is the most ungodly place to breathe in a lungful and the World Bank reported in the past that 16 of the world’s 20 most polluted cities are in China. 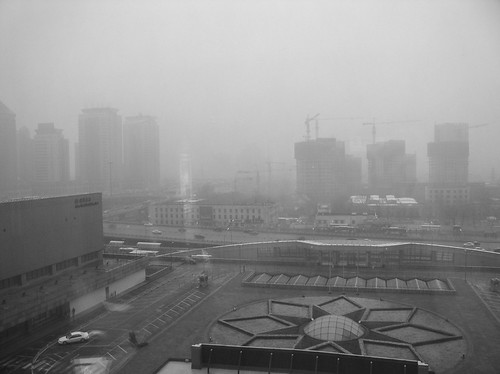 The problem, as this evaluation from The Guardian notes, you can’t compare a country that releases accurate data (most of the developed world) with one that’s famous for releasing inaccurate reports—like China. The poor people who have to spend their whole lives breathing the air in China are starting to complain more loudly, however, and calling b.s. on the rosy government air reports. Many expats and locals who can read English rely more on the Twitter feed from the U.S. Embassy there. (Hint, it usually reads “hazardous” or “unhealthy.) The pollution is so bad there we’ve taken to measuring it from space.

If you look at this list from the World Health Organization of the worst cities, you probably weren’t planning to go to any of them anyway: half are in Iran and Pakistan.

In the U.S., some spots are far worse than others. Apart from a few geographic oddities like southern California and Salt Lake City, the most polluted places tend to be the ones where coal-fired power plants are prevalent. So you’ve got your industrial heartland around Ohio, Indiana, Kentucky, and West Virginia, plus places like East Tennessee and central Alabama. Then there’s the city that defined urban sprawl—Houston—and a compact one jammed with people—New York. See the full list here from the American Lung Association and some analysis from Forbes.

Where Your Flight Could Be Delayed: Worst Airports and Airlines

Pilgrims, Warriors, Adventurers, and Drinkers Around the World