If you can afford a tour like this, Africa is awesome!

I’ve always felt kind of bad that Africa is so under-represented in every edition of The World’s Cheapest Destinations, but despite the prevalent poverty, it’s not much of a deal unless you want to live like a local. Or not do anything. I had a lovely time once on a press trip to South Africa and Botswana, but if I’d had to put that trip on a credit card I’d probably still be paying it off five years later.

One of the two African countries I do include (Morocco), I’ve considered striking from the next edition in 2012.

Yesterday I had an e-mail exchange with Marie Javins, a person who wrote a book about traveling from Cape Town to Cairo called Stalking the Wild Dik-Dik. She recently returned to the continent to travel through again and I asked her what she’d found price-wise. Any contenders to replace Morocco? The answer was not pretty.

Take it away Marie!

“Having just gone through Africa, I learned some hard lessons about the current value of the US dollar. The last time I was in Namibia and South Africa, prices were pretty good, and the time before that, they were an incredible bargain. This time, they were priced about the same as home. Not a bargain at all.

Zimbabwe might be a bargain, but no one wants to go there right now.

Zambia is great value but not cheap anymore either. You get nice stuff for your money, like lion walks and helicopter rides but great value isn’t cheap.

Kenya and Tanzania have some pretty good hotel bargains but the problems with those countries are that the national park fees ruin your value for money. 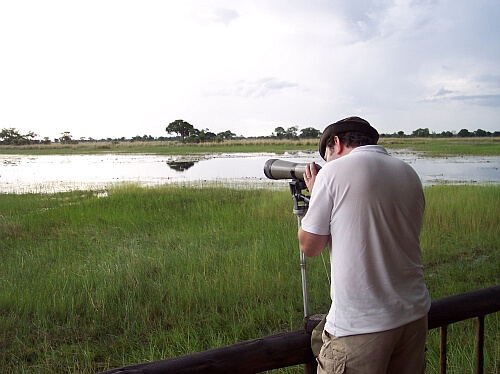 That leaves Uganda and Rwanda, but then it’s hard to say Uganda is good value when the gorilla fees are $500+. But national park fees are reasonable by comparison to its neighbors.

And then there’s a bunch of places your readers don’t want to go, like Sudan, Ethiopia, Chad, CAR.

On the West Coast, Angola and the Congos are just plain obscenely priced. Nigeria is lucicrously expensive. Cameroon’s not that bad. Gabon rips you off blind for the national parks and then gives you a few monkeys.

Gambia is all right but it’s UK-pound oriented. Everywhere above that is geared towards the euro.

The euro is dominating the West African market and it was a painful thing to discover. The rand used to be deliciously undervalued (and the southern countries in oen way or another all reflect the rand), in the same way Australia was. But those currencies have done well in the past few years.

I don’t know if you can seriously use Madagascar as the flights are just about impossible for people. But I was stunned at the great value there. Hotels for $10-20, shared taxis for $6, really really great value for independent travelers.”

So there you have it. Either come from a country where you’re earning lots of euros, or find a way to get yourself to Madagascar.

If anyone wants to pipe in with tales of $30 a day African travel that was actually fun, I’m all ears. Fill in a comment below!

Get great info like this all the time – snag the Cheapest Destinations RSS feed!

I am looking to go in February and my budget at the high end is $10,000. I want to volunteer for two weeks at a legitimate animal sanctuary, see Victoria falls,myths bushmen of the kalahari and climb Mount Kilimanjaro. It's the air fares that will kill me from what I can see. Any tips? Thanks

I spent a month and a half in Ethiopia this year and I would happily travel to Sudan or Chad any time (how people's taste differs ;). As for Ethiopisa, I must say that the experience was absolutely worth it! People, food, landscapes were great, Simien Mountains jaw-droppingly stunning, Afar - stunning, Omo Valley - unforgettable. Daily expenditures amounted to about USD 35. Apart from the usual faranji!!! my and a friend didn't have any negative experience, well perhaps with the exception of getting ameba - but at least I can say that their drugs work miracles ;)

I traveled Ethiopia for a month. It was one of the best places I have ever Traveled Yeah the annoyance factor could be high and travel was not always pleasant terrible roads but the reward was exceptionally high. The Simien Mountains were incredible the weather was beautiful in November. I found it to be very affordable maybe spending 30 to 35 dollars a day. I traveled with a girlfriend so we were able to split the cost of rooms. Africa as expensive as Europe? where in the world did you travel in Africa? You must have stayed in 4 & 5 star resorts. In Ethiopia the typical meal cost 1 to 3 dollars and cheap hotels went for around 10 to 15 more in Addis. Where can you get 1 dollar meals in Europe? Ethiopia was a gem in the rough!

Thanks for your input Nathan! It's good to get current info from someone who has been there recently.

Africa is as expensive as Europe?