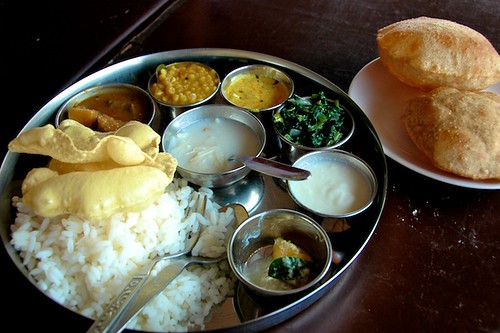 Neither of these has an easy answer, but for the second question India is surely a finalist if it’s not the winner. If you do it right, India is an unbelievably cheap destination.

There’s a qualifier in there though because you also see India spending a fortune on advertising in the glossiest travel magazines, with most of that focus being on the luxury hotel palaces from Oberoi, Taj, and Leela, as well as the $1,000 per night grand train journeys through Rajasthan. If your budget is unlimited there are few places that can pamper you in such regal fashion.

For those on the other end of the scale though, that $1,000 can last two or three months instead of one night, and without much effort. India is still a destination where you can travel on $10 a day and have a pretty good time. You’ll have to splurge now and then for places like the Taj Mahal, but when an all-you-can-eat meal is less than $1 and you can get a private room for a few bucks a night, a couple can average its costs out to $15 a day. It won’t always be comfortable at that level, but you can see a lot that’s worth seeing and stay nourished.

A backpacker couple spending $30 to $40 per day can enjoy better train tickets and hot water hotel rooms, while spending more than $50 a day can take some real effort in some areas, especially in the far north or the far south. If you have $50 to $100 per day per person budgeted for a vacation, your will not have any money worries In India unless you’re doing a short tourist loop and trying to stay in top hotels. There is a lot of seasonality to pricing in India though. It’s not uncommon for hotel prices to double or triple when high season hits in a place like Goa, then drop back down in slower months. Study that “when to go” part in the guidebook carefully for specific regions when making plans. Kerala tourism prices are more consistent throughout the year, as are places that are more removed from the main tourist itineraries.

It’s hard to give typical costs for India though except on standardized things like train tickets. This is because prices in the main tourist areas and the big cities are far higher than prices in places that are off the organized tour routes. For the extensive train system, an overnight sleeper can be less than $5 in second class for shorter routes. An air-conditioned first class sleeper is roughly 2-1/2 times the price of second class. Still though, that can mean just $20 instead of $8, which is an easy splurge to justify sometimes.

Meals range from 50 cents to $2.50 in a basic restaurant. It’s hard to believe until you’ve experienced it yourself, but a thali meal like the one pictured at the top of this post will come in under $1 at a cheap place in southern India, or $2 in a nicer “businessman’s restaurant.” Spend $10 here and you’ll be getting pressed tablecloths and four courses served by waiters in tuxedos. Alcohol is no bargain, but samosas, chai, and snacks are almost free.

Room prices are the biggest variable. You may actually still find a decent private room for a buck somewhere, but in Bombay or Bangalore you could pay more than $20 for something bearable. Spending as little time as possible in the big business centers is a wise move and chilling in a mellow area for a few days or a week can do wonders for the budget.

Get The World’s Cheapest Destinations for a more detailed rundown on prices and visit these message boards to get the inside scoop from other travelers:

Wow!!! I am amazed to read an amazing description of India and see spectacular beauty through fascinating pictures. Being an Indian I was not able to explore the fascinating and beauty of India but after going through your article I will surely explore the places mentioned in the blog. Thanks for staying connected with the roots

Nice to read this informative write up, thanks.

Great Thank for cheapest places in India and I am so happy to find lovely places delicious food sport in India.