It’s time for a quiz.

Quickly, name the first two or three Caribbean islands that pop into your head.

Name a city worth visiting in Europe. 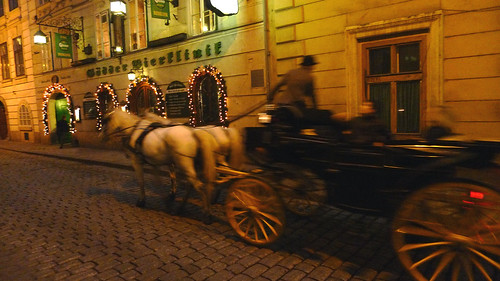 For the last category, Vienna or Salzburg may be closer to the tip of the tongue this week, for this past Friday was the 250th anniversary of Mozart’s birth. You can bet they have been counting down to this time for years in the Salzberg Tourism Bureau, knowing this is their chance to really strike a fire under their brand name.

Travelers don’t like to think of destinations as brands, but you can bet the people marketing them are thinking about them that way all the time. Words like “positioning,” “demographics,” and “lifestyle segments” are as much a part of meetings at tourism offices as they are at Frito-Lay and Sony. The Austria Tourism folks know how to cash in on a good brand when they’ve got it: Mozart’s is estimated by some to be worth $8.8 billion according to an article on nbcnews.com.

Which brings us back to the quiz. What made you arrive at your particular answers? What made you think of those countries or cities off the top of your head?

Whether people want to admit it or not, a majority of travel decisions are influenced by good marketing or good public relations. Places such as Fiji, Tahiti, Jamaica, and the Bahamas have very well-oiled marketing machines, both collectively as a tourism board and individually as attractions and hotel chains. London and Paris have marketing and PR budgets rivaling those in the bottom half of the Fortune 500. If any of those were on your list, it’s no accident.

In a basic way, there’s nothing wrong with all this. Without PR and marketing, nobody hears about any place and there’s no tourism industry. If people weren’t influenced by what they read, we wouldn’t have much need for travel magazines and travel writers. (Egads!)

Just understand that in many cases, the deck is stacked. It’s like a congressional election in the U.S.: the parties have so rigged the drawing of the districts that it is incredibly hard for the status quo to change. An incumbent has to sleep with a same-sex partner that is also an employee and be on the take for at least a few million more than anyone else to lose his or her seat. When Laos and Nicaragua sit down at the poker table for a round, they can barely afford to ante up. In strut Mexico, France, and South Africa with enough chips to play for 48 hours straight and not break a sweat.

If you want to find a great travel deal, look at the places that can barely pay to play. See where everyone else is heading, then go the other direction. Skip any page of a magazine that says “Special Advertising Section” in tiny print at the top. Forget whether the place you’re going is going to sound impressive to anyone or not. If your neighbors say, “Hmmm, never heard of that place,” it’s a good sign.

I’ve got nothing against Austria. Innsbruck is near the top of my list for places I’d like to ski before I get too old and creaky. But I think I’ll go when it’s Mozart’s 253rd birthday, when everyone has moved on to the call of something else. Like some James Joyce brand anniversary perhaps.